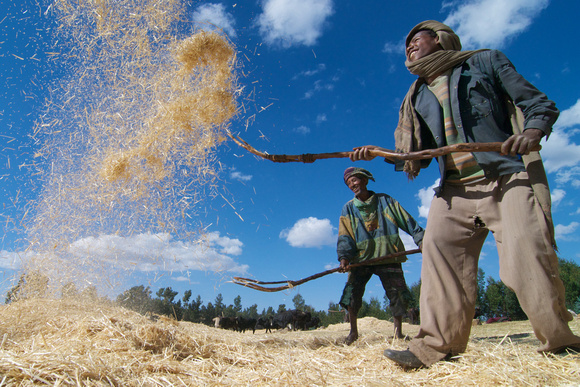 National Geographic Magazine published this photograph in their September 2011 issue as the Readers Choice award from the online "your shot" competition. The caption in the magazine reads:

READERS’ CHOICE
Peter Stanley Dar es Salaam, Tanzania
On a holiday trek in the highlands of Ethiopia, the 37-year-old Stanley and his wife met farmers harvesting a bountiful crop, “separating the wheat grain from the chaff. Every so often the wind would shift, and I would get covered in straw, making the men smile and laugh.”
© Peter Stanley
Powered by ZENFOLIO User Agreement
Cancel
Continue